Slimming down before a move

Next time I move I hope it is with a bit more warning. In July I moved rather suddenly, taking all sorts of things you would normally discard (or eat) before moving. Frozen food, fridge food, an enormous bag of organic Penne pasta, a whole net of oranges and various kitchen items I should have discarded long ago. Thank goodness I had had a big clean out a few months prior to selling.  My house looked uncharacteristically bare when I was selling it, but I have moved to a smaller space and once again I have too much stuff. 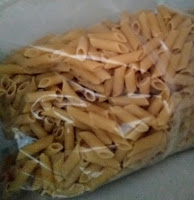 Pictures I had not looked at in years appeared during the move. They include a collage made when I was in my early 20s living in Singapore. It features Buddhas, but only 20 years later did I discover Vipassana meditation and learn something about the Buddha. I also rediscovered a watercolour I made of my mother knitting. She didn't like but it still reminds me very much of her.

Posted by Elizabeth at 2:04 pm No comments:

Celebrating Mozart with the ACO

Whoops, foot stomping and whistles echoed through the Angel Place concert hall last night. It is not really the sort of response Haydn and Mozart pieces normally elicit, but this Australian Chamber Orchestra concert was not the normal ...it was the exceptional.


Richard Tognetti and pianist Dejan Lazić played solos that made us all feel as if the conversation was with us individually. They were ably supported by the orchestra, augmented by a group of equally good  wind instrumentalists.  How lucky we are in Australia having this exceptional group to play to us. 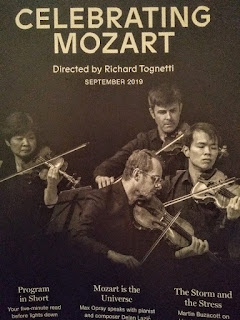 Posted by Elizabeth at 8:33 pm No comments:

Two and a half hours of exquisitely sung German Lieder in the Sydney Opera House Utzon Room is my idea of heaven. The singer was Ayse Goknur Shanal and she was ably accompanied by Ashley Hribar, a versatile pianist with a wonderfully sensuous touch. Together Ayse and Ashley led their rapt audience through Lieder cycles by Schumann, Brahms and Clara Schumann. The afternoon was dedicated to Clara Schumann and all composing women.

The audience was the most mixed bunch of folk I have ever had the pleasure of attending a concert with, from members of the German Australian Chamber of Commerce and Industry to local street people as well as two groups of music school students. This afternoon was an afternoon to remember.

Posted by Elizabeth at 8:08 pm No comments: