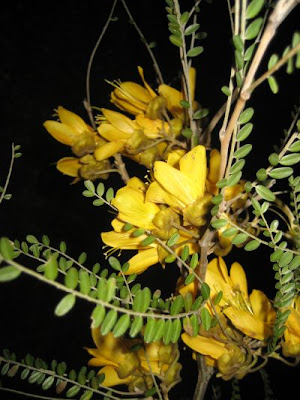 I read in today's paper that NZers do more exercise than most. Certainly we get enough messages that we should be more active. There is a good 20 minute walk up the hill and down through the park near me that I take when I decide I should be fitter. This Kowhai tree grows in the park.
Posted by Elizabeth at 6:54 pm No comments: Links to this post

Email ThisBlogThis!Share to TwitterShare to FacebookShare to Pinterest
Labels: Kowhai

Six months before coming to Dunedin I traveled to Europe. I visited Stina in England who taught me how to do monoprints. I spent a delighted 3 days making prints in her studio while she was away at a wedding and it was then that I decided I should do art more formally. When I got back home I moved and moved again and only now is some of my stuff reappearing. Among them the print below which was made in Stina's studio. My first try at monoprints. 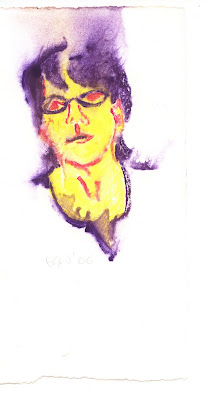 Posted by Elizabeth at 6:14 pm No comments: Links to this post 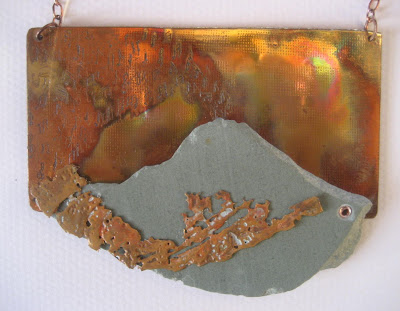 I grew up in the shadow of the Ruahine Ranges to the S/E of Mt Ngauruhoe, an active volcano which, we children were told, had once erupted sending ash high into the air and later settling on the roof of my parents home.

This piece of pale green argillite (also found in the Ruahine Ranges) from the beach at Colac Bay reminded me of Mt Ngauruhoe.

The copper coloured sunsets behind the mountain viewed from my parents former home are often stunning. I like to think of the eruptions as Ngauruhoe’s way to make music - thus the musical notes in the volcanic cloud. 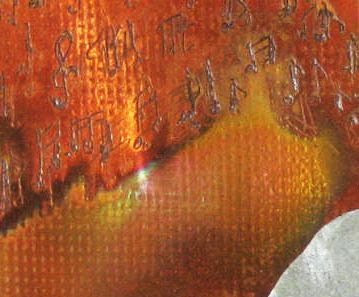 Posted by Elizabeth at 6:58 am No comments: Links to this post 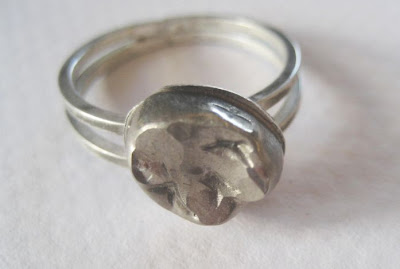 The brief for our three week jewellery module was to create something that links material and identity.

I made a ring from a tooth cap that I had worn for 25 years. It was replaced last year. Now I can wear it on my finger, admiring the way light flashes off its surfaces. My own brand of diamond.
Posted by Elizabeth at 4:32 pm No comments: Links to this post 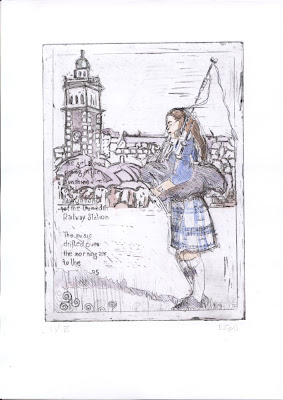 The girl stood
piping in the sunshine
on the lawn in front of the
Dunedin Railway Station.

The music drifted over
the morning air
to the markets
next door.
Posted by Elizabeth at 2:50 pm No comments: Links to this post 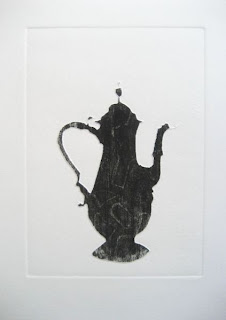 'Coffee pot'
This is an etching with aquatint. An etching is made by drawing on a metal plate - in this case, a zinc plate. Aquatints are nothing to do with aquarelle. Instead it is the process of applying a haze of dots to a metal surface and then dunking it in an acid bath. The acid eats away around the dots. The longer you leave it in the acid (with re-applications of the haze of dots)the deeper it eats into the metal and, when you ink the plate, the darker the image. (More at artsmitten.com)
Posted by Elizabeth at 6:49 pm No comments: Links to this post